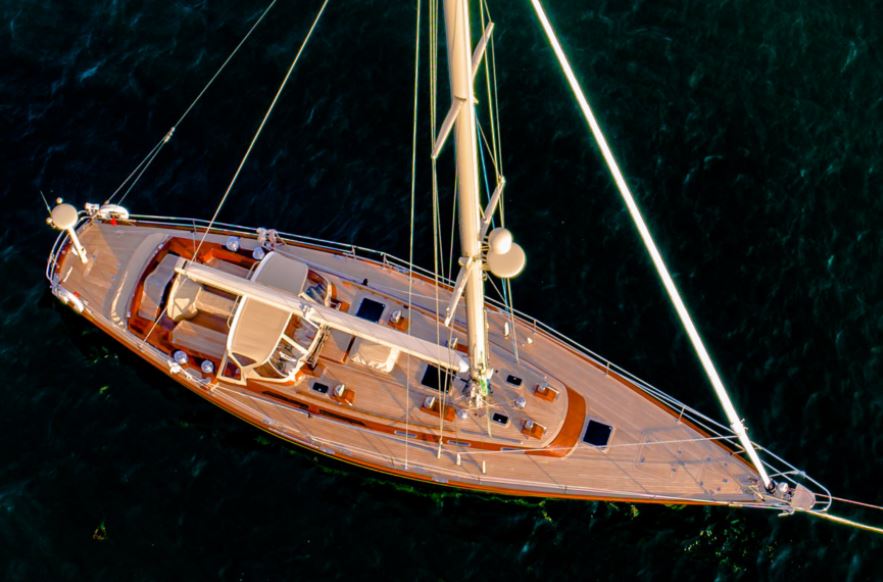 “‘Soliloquy’ was the name of my dad’s first sail boat which he bought in the early 1950’s.  It was a 210. As he bought bigger boats he kept the name. Ultimately, he passed on the name to me when I bought the Bristol 34.'”

Why did you choose to buy an Alden?
I chose her because I liked her lines, particularly her freeboard versus the Hinckley.

What other kinds of boats did you consider before buying this model?
I looked at a Hinckley Sou’wester 52′.

How did you come to find / locate her before purchasing?
I bought her in Fort Lauderdale, Florida from Gary Comer, founder of Lands’ End, in 1987, which he built in 1986. Soon thereafter he decided to build a bigger boat with Alden.

Who first introduced you to boating?
My dad did, and at age 5 bought me a Turnabout.

What boats have you previously owned?
My parents bought most of the boats I grew up on, but I bought my first boat in 1976 which was a Bristol 34′. In 1982 I bought a Bristol 45′ and in 1987 I purchased Soliloquy, the Alden.

What are the features you like most about your boat?
The sailing performance for a non-racing boat. I also like the balance and the room/layout down below.

What features/improvements have you added or do you plan to add?
The biggest change was done in 2008 when Hinckley, who really needed the work in the financial downturn, replaced the fiberglass house and cockpit with teak. A few years later they reversed the sheer on the transom and installed folded stairs in the stern.

How do you typically use your boat over the summer, and where do you go?
When I had my house in Grindstone Neck, Maine, I did a lot of cruising up and down the coast of Maine in the summer. Since relocating our summer residence from Maine to Marblehead I mostly just cruise/day sail off Marblehead.

What is the biggest challenge you have in servicing your boat?
None really.  I have kept her at Hinckley since I bought her and they have been great.

Do you have any advice for those looking to buy an Alden?
Since Alden filed Chapter 11 a few years back, they are no longer in business. There are still a few used boats around that come up for sale now and then. If you can find one they are great sailing boats for their vintage.

What’s the story behind the boat’s name?
“Soliloquy” was the name of my dad’s first sail boat which he bought in the early 1950’s.  It was a 210. As he bought bigger boats he kept the name. Ultimately, he passed on the name to me when I bought the Bristol 34′.

Check it Out
To see more photos of Soliloquy in the Harbor Directory, click the gallery below! 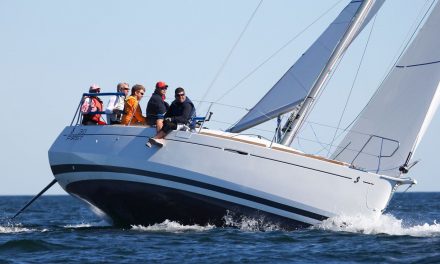 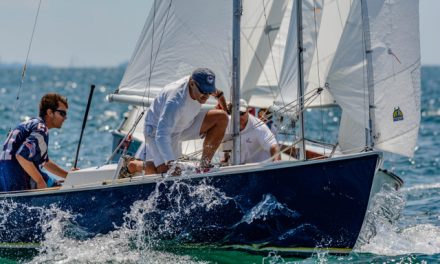 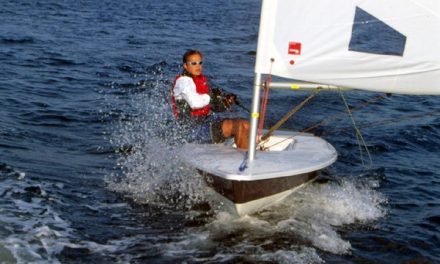 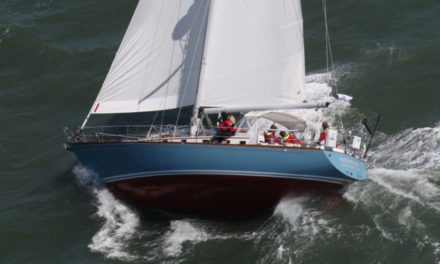