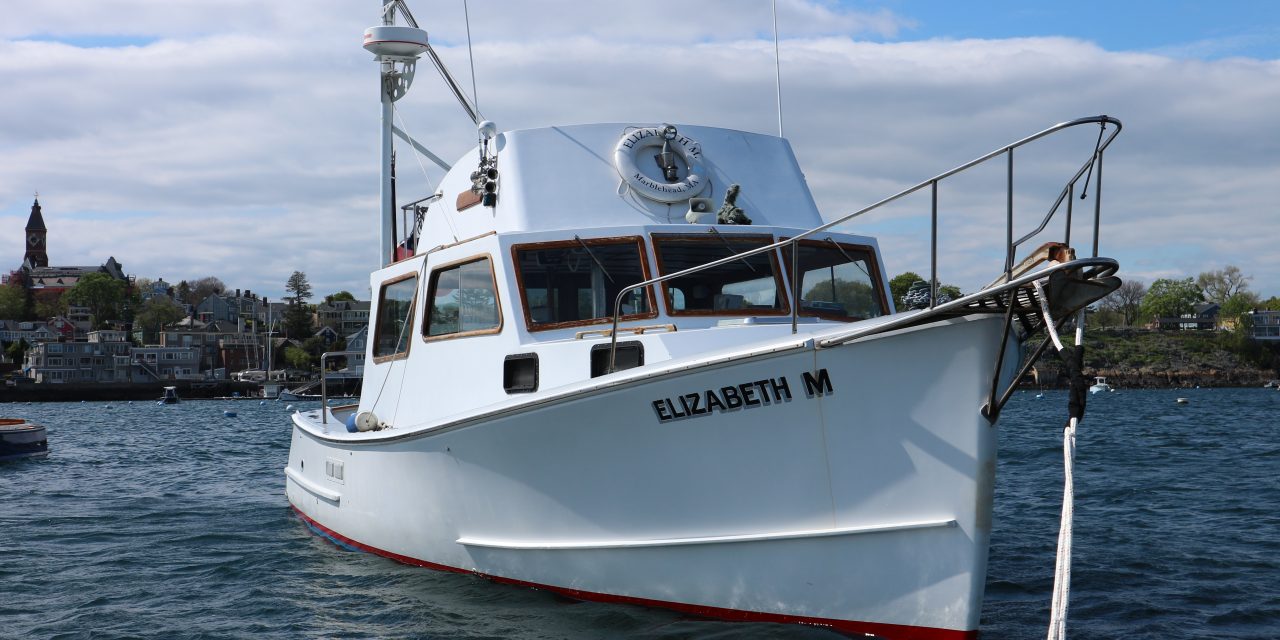 ““My deal with Ted [Hood] was that I would do the grunt work on the boat and Ted’s crew would do the work I couldn’t do.  Let the games begin!”

INTERVIEW WITH THE SKIPPER – Mike Mentuck

Why did you choose to buy a Mariner?
Mariner Yachts had a small fire back about 1981, and being in the salvage business,  I was asked to assess the damage.  The owner turned out to be an old pal from Marblehead, Jack Cogswell.  While assessing the damage to the facility, I saw a fine looking new but damaged boat.  Turns out the fire actually started on that boat.  An employee had tabbed in a bulkhead, left a heat lamp on it, and went home for the day.  The boat was a real mess with a small hole in its side and full of smoke and soot, but to me it looked like it could be repaired.  Sold as-is from sealed bids, I was the high bidder among two by $100, and the new proud owner of the boat of my dreams!

What boats have you previously owned?
I had a 25’ power boat called Bizzy One (my wife Liz’s nickname back in the day, and the old EYC Race Committee Boat). I owned Delta, a 40’ passenger vessel, the India Star, a 50’ passenger vessel, and the New England Star, a 65’ passenger vessel all of which did the YMCA Children’s Island run.  Those boats also did harbor tours and whale watches all run by me and the kids among others.  I also owned a few launches that ran out of Pickering Wharf Marina, and a few small tugs and barges under the Barnegat Transportation Flag.

What other kinds of boats did you consider buying before this model?
I owned many boats, and had crewed on Townies, Jolly Boats, and lots of others.  But when I saw the Mariner 42 after the fire and wasn’t intimidated by the repairs it needed, I decided that this was the boat for me.

What are the features you like most about your boat?
Besides the flying bridge and the layout in the wheelhouse, I like the big barn door rudder—makes me look good almost every time!

What features/improvements have you added or do you plan to add?
After the Mariner Yachts fire, I brought the boat to a fiberglass shop in Rockland, ME to do the initial repairs and while there asked them to add a Flying Bridge.  I brought the boat down from Rockland and, as I lived in Barnegat and knew Ted Hood, rented one of his sheds to put it in.  My deal with Ted was that I would do the grunt work on the boat and Ted’s crew would do the work I couldn’t do.  Let the games begin!  As the boat was going to be used in the Virgin Islands as a passenger and cargo boat, the wheelhouse was rather sparse and the engine placement caused a foot high motor box in the wheelhouse.  That wasn’t going to work for me as I wanted a yacht, not a ferry boat.  I replaced the GMV92 engine with a Johnson & Towers 671 Low Profile which allowed a continuous flush deck in my wheelhouse.  Slowed the boat down a bit, but I am never in a hurry when out on the water.

I asked naval architect Dieter Empacher, then working for Ted Hood, to help design the wheelhouse layout and down below.  The planning was done at Maddie’s (surprise) and together we came up with some sketches on cocktail napkins that Dieter turned into working drawings.  Ted had another genius working for him, yard boss Art Fraser, who turned Dieter’s drawings into reality!  A workable galley was added to the wheelhouse where I could cook breakfast and not be too far from the helm. I extended the wheelhouse by about 8 feet so I could put in some seating, storage cabinets and counter tops (read that as a bar)!

How do you typically use your boat over the summer, and where do you go?
I have taken Elizabeth M west to New York City and east to Halifax, Nova Scotia and almost everywhere in between.  I operate her under “Elizabeth M. Fishing & Charter Corp., home of Ahab Cruises and At Sea Ash Scatterings.” We also do charity auction cruises, but mostly the boat is for family use.

What is the biggest challenge you have in servicing your boat?
Paying for it!

Do you have any advice for those looking to buy a Mariner?
Buy it.  They are good, sturdy boats.

What’s the story behind the boat’s name?
Named after my wife.

CHECK IT OUT
To learn more about Elizabeth M, click the gallery below. To see other boats like this, simply type Mariner in the manufacturer’s drop down menu in the Harbor Directory. 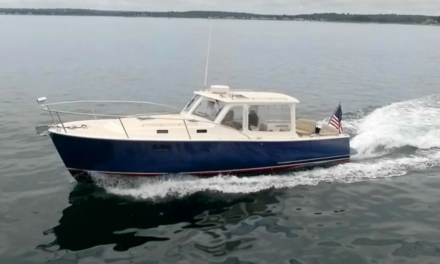 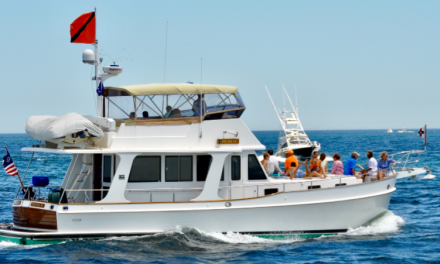 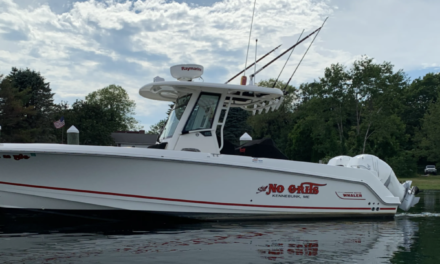 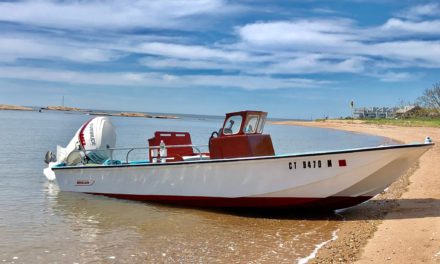