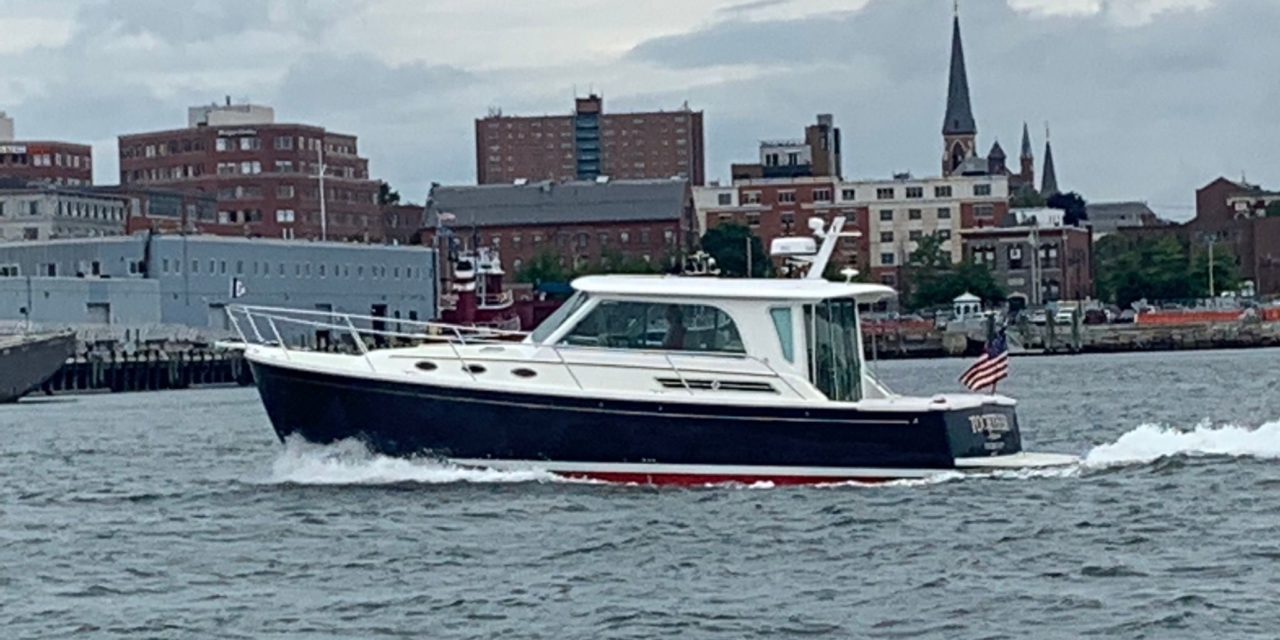 “We start our season in late April and go through the end of October. It is fully enclosed so we are able to be quite comfortable regardless of the time of year. Snow early in the season is common.”

Interview with the Captain – Sean Hunt

Why did you choose to buy a Back Cove?
My wife Cathy and I love to be off cruising and we were looking for a larger boat back in the Spring of 2017. We were seeking a fuel-efficient boat with plenty of room for a couple, as well as ample storage space for food and clothing to get us through a typical 2-3 week period off the dock. The Back Cove offered everything that we were looking for.

What other kinds of boats did you consider before buying this model (and how did they compare)?
We looked at Trawlers as well as Sabres. We were still working at the time so Trawlers, as much as we loved them, were not practical as we needed to get home after several days, so range would always be an issue. The Sabre 38 was very nice, but the layout was not as appealing to us as the Back Cove 37. The off-season maintenance is also much less for the Back Cove.

How did you come to find/locate her before purchasing (and what’s the boat’s history if you know it)?
We had a Ranger Tug at the time and after we decided on the Back Cove, after seeing it at boat shows and then sea trials, we found a 2016 model at DiMillo’s in Portland, who also gave us a great deal on our trade-in.

What features/improvements have you added or do you plan to add?
While we make some cosmetic changes from time to time, we really like the boat as it is designed. Since we do not usually have overnight guests, we have converted the guest cabin into a walk-in closet which has revolutionized the boat from a storage standpoint.

What are the features you like most about your boat?
It has great fuel economy and docks very nicely with the variable speed bow and stern thrusters. The visibility at the helm is excellent and there is good all-around visibility as well. The outside cockpit is fabulous for entertaining, and the aft doors open fully to connect seamlessly with the salon.

Who first introduced you to boating/sailing?
When I was 12 my parents joined the Corinthian Yacht Club. We did not have a boat and we primarily used the pool. I found myself wandering down to the waterfront amazed at all the boat activity. The long-time Head Launchman Harald
Hansen took a liking to me and allowed me to ride in the launch in exchange for small tasks, like polishing brass or washing the launches. As I grew older, he would let me drive the launches under his supervision. I became the Race Committee Boat operator at age 16 and a launch driver at 18, when I was old enough to get my Coast Guard license. Between Harald and his successor Gene Negretti, I was given the opportunity of a lifetime I would not otherwise have had, and for which I am
forever grateful. I worked at the Corinthian for 10 summers through high school, college and medical school. Those were great years.

Do you belong to a yacht club or other boating/sailing organizations?
We belong to both DiMillo’s Marina and Chicks Marina in Kennebunkport. Chicks has won the Marinalife Small Marina award (under 100 slips) for the last 2 years. I am also a member of the Portsmouth and Portland chapters of the Propeller Club of the United States, which concentrate on the commercial and regulatory aspects of boating in their respective locations.

What boats have you previously owned?
A Ranger Tug 27 (the classic model which is now retired), as mentioned earlier. It was a great boat and lots of fun.

How do you typically use your boat over the summer, and where do you go?
We start our season in late April and go through the end of October. It is fully enclosed so we are able to be quite comfortable regardless of the time of year. Snow early in the season is common. We cruise from Bar Harbor to the north through Connecticut, including Nantucket and the Vineyard. The Canadian Maritimes are next on our list once the border opens up.

What is the biggest challenge you have in servicing your boat?
Practically none. We use DiMillo’s service department, and they are excellent. They specialize in Sabre and Back Cove repairs and are readily available.

Do you have any notable boating resources you use?
As a licensed Coast Guard Mariner, I have taken the standard 100 Gross Ton licensing course, as well as the Radar Observer Unlimited course and Commercial Assistance Towing. These courses are phenomenal educational resources, and
concentrate on navigation, chart plotting, seamanship, navigation law, collision avoidance and safety in a format that is difficult to find elsewhere. I never go any-where without Chapmans, Coast Pilot, the USCG Light List and Navigation Rules books. Great radar resources include Radar for Mariners, Revised Edition by David Burch and The Radar Book: Effective Navigation and Collision Avoidance by Kevin Monahan. Perhaps the best book when you think you have learned everything is Bridge Resource Management for Small Ships by David Parrott. It really pulls everything you have learned about boating together in a manner to keep one out of dangerous situations before they become unmanageable. I read this book at least once every year.

Do you have any advice for those looking to buy a Back Cove like yours?
A sea trial is so important, and you want to do it on a day that is not flat calm. There is no perfect boat, and it is always a tradeoff among speed, amenities and size. We had a great buying and selling experience at DiMillo’s in Portland.

What’s the story behind the boat’s name?
The boat hardly goes out unless Cathy and I are aboard at the same time. Our tug was named Tugether so moving to Together seemed natural

Click the gallery below for more photos and information about Together! 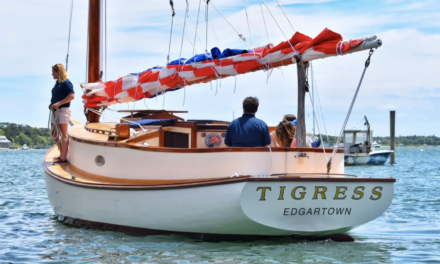 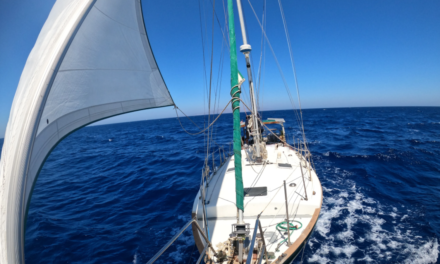 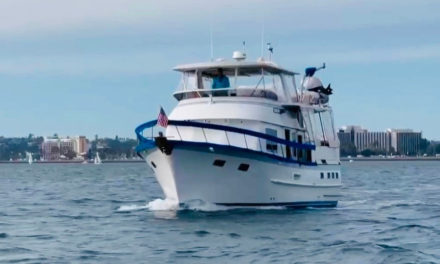 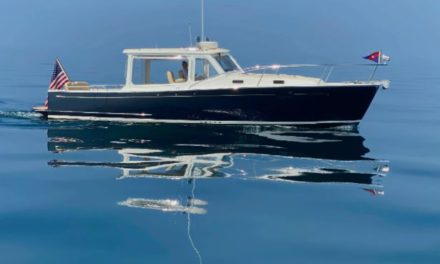