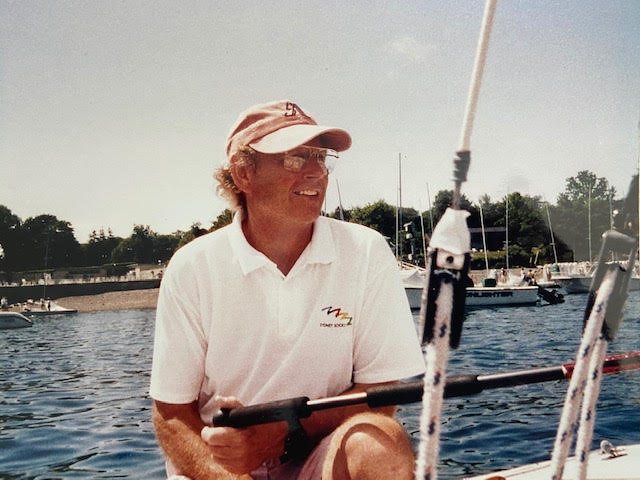 ABOUT NORM
Norm Cressy grew up sailing 110s and Turnabouts at the Jubilee Yacht Club in Beverly.  Norm knew that he wanted to be a sailmaker from the eighth grade, and after graduating from Beverly High School he apprenticed for Ted Hood in his sail making business in 1958.  He started his own sail making business (Cressy Sails) in 1961 in Marblehead and spent the next 45 years producing sails for cruising and racing sailors around the globe while employing hundreds of Marbleheaders.  His sails were used on many boats including 110s, 210s, Rhodes 19s, and IODs – all classes in which Norm competed and won championships.

Norm is a five-time runner up in the Rhodes 19 National Championship, won the Marblehead Race Week Rhodes 19 division five times, and the Rhodes 19 East Coast Championship five times.  Norm has sailed in every Marblehead Race Week from 1949 on.  Greyhound, his IOD, won Race Week in 1984 and the Leonard Fowle Trophy in 1985.  Norm has given generously of his time supporting Marblehead racing as fleet president and a member of the Race Week Centennial Committee.  He is a long-time member of the Corinthian Yacht Club, where he serves as the official Keeper of the Silver.

ABOUT NORM’S BOAT
These days Norm is often seen on his handsome Back Cove 29, Bystander. The boat’s style has been closely associated with Maine’s proud boat building heritage. She has a traditional spoon bow and her transom is gently sloped, which turns heads in any harbor she enters. Below the surface she is modern and contemporary. “I’ve always liked the look of a Down East lobster boat,” says Norm. “I’ve had Bystander for 10 years. A single Yanmar engine is all she needs, and she’s very comfortable.”

A deep-vee hull with prop recess and standard trim tabs offers comfort and performance. With her standard 260 horsepower 6 cylinder diesel, she will cruise at 18 knots and top out at 23, and with the optional 315 horsepower, 6 cylinder diesel engine, she reaches a top end of 27 knots and will cruise very comfortably in the low 20s. Around the docks, you appreciate the maneuverability provided by her standard bow thruster. The Back Cove 29 is practical, beautiful, a delight to drive, and a joy to behold.

CHECK IT OUT
Do you have a question for Norm?  Is this a great family boat?  Could you see yourself as owner of a Back Cove? Tell us what you think below!  To see Bystander, click here. 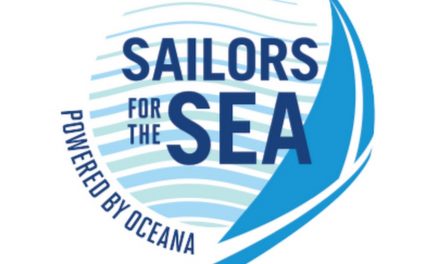 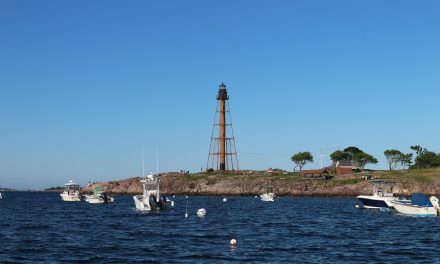 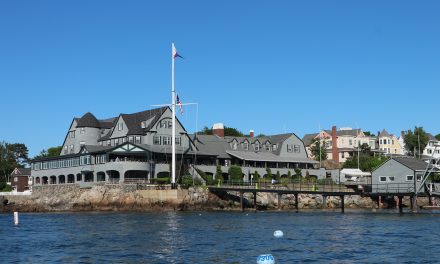