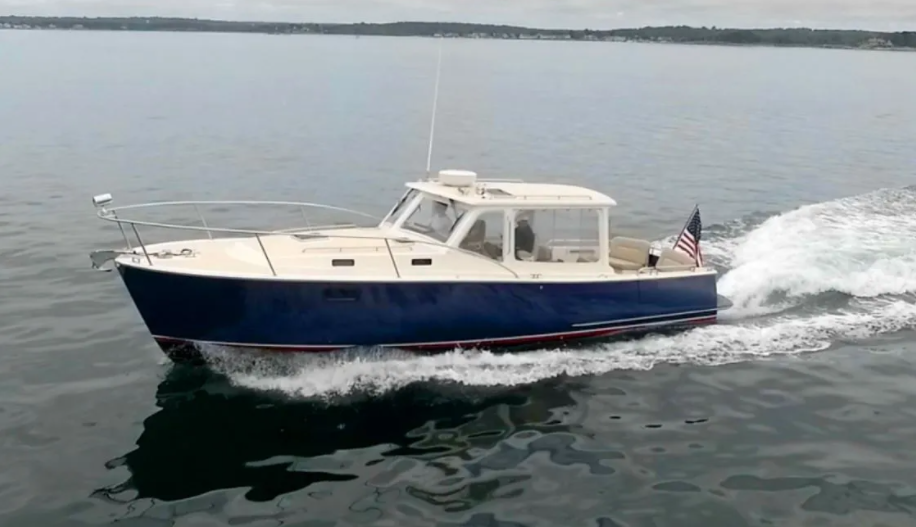 “We really liked the open outdoor space of the MJM. It did seem like “a powerboat for sailors.” I liked the looks of the boat. And I liked the local connection, with it being designed by Doug Zurn here in Marblehead and built in Boston.”

On the Boston Yacht Club

How would you describe what makes the Boston Yacht Club so special?
Most members will say that they enjoy spending time at the club because of the friendly and inclusive atmosphere. The other thing that makes the BYC so special is our focus on boating and sailboat racing for which we have a long history. Because of our location in Marblehead’s old town, we don’t have room for a pool or tennis courts. However we have Wednesday Night Racing, a full weekend racing schedule, the international Marblehead to Halifax Ocean Race, an Adult Sailing program, and a Junior Sailing program to teach children to sail.

What are the most important things you hope to accomplish on your watch?
The first thing is to ensure we come out of the Covid pandemic in a strong financial position, ready to re-start all of our events on the water and in the clubhouse. We’re also working to build our membership with new Boating Members as well as Social Members. And we are looking at what the BYC can do to be better prepared to respond to a rising storm surge in future years.

Why did you choose to buy a MJM 36z?
In the fall of 2019, I started to think about selling our J/122 Gigi and moving to a powerboat. I used Gigi for racing as well as cruising. For example, I did the Marblehead to Halifax Ocean race on her in 2019 (definitely the highlight of racing for me), and we’ve done several BYC cruises on her as well. However, I started to lose my interest in racing – it’s a lot of work to race a 40’ boat that typically has a crew of 10. And when cruising, it seemed that we motored more than we sailed to get to the next port in a reasonable time.  So we went to the Newport Boat Show and looked at powerboats. We really liked the open outdoor space of the MJM. It did seem like “a powerboat for sailors.” I liked the looks of the boat. And I liked the local connection, with it being designed by Doug Zurn here in Marblehead and built in Boston. We quickly focused in on the MJM 36z. It just took another year for me to mentally decide to switch from sail to power.

What other kinds of boats did you consider before buying this model?
We loved the looks and down-below of the San Juan 40, and also considered the Sabre 38.  For the reasons above, however, we decided the only boat for us was the MJM. 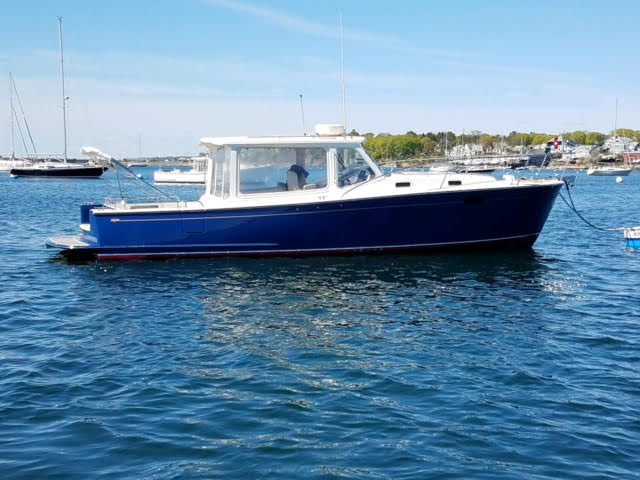 How did you come to find her before purchasing?
We met Mike Porter, a broker from East Coast Yacht Sales, at the Newport Boat Show in 2019 who impressed me with his knowledge of MJM boats. So I reached out to Mike in the Fall of 2020 when we were ready. There were only 3 MJM 36z’s on the market at the time, all in New England. The two that we liked the most were both in Connecticut. So we looked at both of them, a 2012 and 2015. I preferred the open transom in the 2015, and it had the upgraded Yanmar engines also. A week later we learned that the 2012 as well as the 3rd 36z that we hadn’t looked at  both went under agreement. So the boat we most preferred was the only one left. We quickly worked out a deal in October 2020. Fortunately, George Lowden here in Marblehead, who I’d worked with on my J/100 and J/122 purchases, quickly sold the J/122 so I would not be a two-boat owner.

Who first introduced you to boating/sailing?
I did not grow up in a boating family. My only boating experience as a kid was an annual summer vacation to my Aunt’s cottage where I learned to waterski. Soon after I started my first job out of college, a coworker mentioned that he has just bought a bigger sailboat and was selling his old boat for $650. I bought it. She was an 11 ft. Robin, designed by Philip Rhodes in the 1960s. I learned to sail her at a local lake outside of Pittsburgh, PA. I took her with me when I moved to Michigan for work a few years later, and then took her with me when I moved to San Jose, CA for another job change, towing her behind a Ford Fiesta and sailing her on local lakes and reservoirs.

What boats have you previously owned?
After the Robin, as my family grew with 3 young children, I decided to buy a powerboat, A Four Winns 17 ft. which we used at a local reservoir and towed to Lake Tahoe for a family summer vacation each year. But my heart was really in sailing. So when a co-worker (yes, another coworker) mentioned that he was selling his sailboat, I bought it. However this time it was a much larger boat, an Ericson 38 named Running Free which we kept on San Francisco Bay. I moved to San Diego in a job change and sailed her to San Diego. I sold the Ericson 38 before moving to MA for a new job. I’ve been asked where I like sailing the best of the three places I’ve lived with a sailboat. I always say it isn’t even remotely close. I love boating in Marblehead and New England. The season is short but it so beautiful with so many destinations a relatively short sail away, and such active racing and cruising.

Anyhow, when I moved to MA, I went to the New England Boat Show where I met George Lowden and looked at a J/105. But at this point, the kids were teenagers and they wanted a boat for tubing and water skiing. So I bought a Mastercraft and kept it on Lake Winnipesaukee. However, when the kids started going off to college and didn’t have time to go to the lake, I sold the ski boat and bought a new J/100. I started racing with the J/100 and my fiancé Maureen and I did weekend getaways with her. But with no standing room, she eventually just felt to small. That is when I bought the J/122 right here in Marblehead.

What are the features you like most about your boat?
We love the outdoor, one-level space and the look and quality of the MJM. However, since I bought her at the end of the season, we haven’t used her yet. I kept her in Essex, CT for the winter where she was when we bought her. I’m looking forward to the trip up to Marblehead in a few weeks.

How do you typically use your boat over the summer, and where do you go?
We do the annual BYC cruise.  This year the cruise will be heading south to Cuttyhunk, Martha’s Vineyard, Jamestown, and a few other ports. We also like to go to Boston, P’town, and other close destinations and spend the night on the boat. I think that we will miss the afternoon sails on the J/122 though. Sailing is great when you have no particular place to go and aren’t in a hurry to get there.

What is the biggest challenge you have in servicing your boat?
Marblehead Trading Company always took great care of my J/100 and then my J/122. I’m not sure yet what my plans are for maintaining and storing the MJM.

What’s the story behind the boat’s name?
Both the J/100 and J/122 were named Gigi after my 2 daughters, Gillian and Gabrielle. The name of the MJM we bought is Boundless. Maureen and I decided to keep the name since having a motorboat opens up so many more opportunities for us to explore New England by boat, and Boundless just seems to fit that sentiment.

Check it Out
Click the gallery below for more photos and information about Boundless! 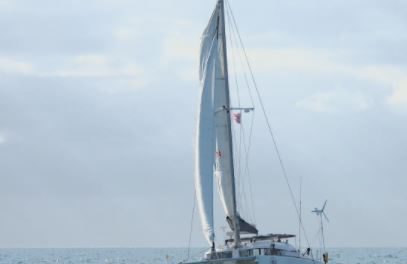 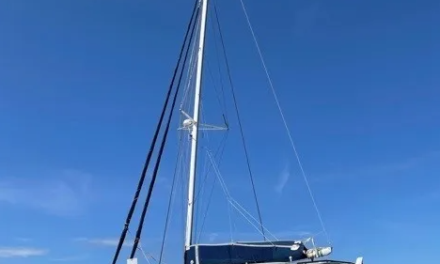 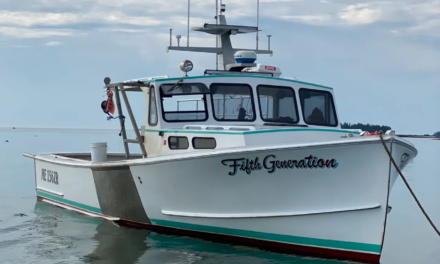