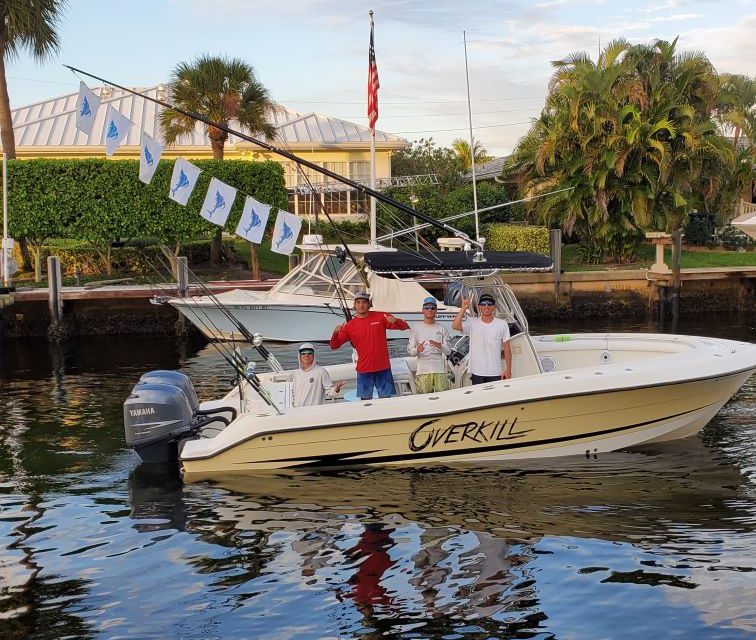 “Swordfish are an EXTREMELY difficult fish to catch from start to finish.  In the fishing community, everyone is after that one fish, ‘the nickel’ (a 500 plus pound swordfish)”

“We hooked our fish at 1pm. We all knew it was a large fish, our guess was around 300 pounds, but after we reached the 5 hour mark we knew we were wrong…”

Interview with the Captain — Bryce McMillan

What’s your favorite game fish (and/or season)?
Swordfish; they are an EXTREMELY difficult fish to catch from start to finish. Catching a swordfish no matter the size is such an accomplishment just because the difficulties they will put you through. Its truly an addiction that you wouldn’t understand unless you have caught one. They are also delicious. Spring is also my favorite season. We usually have a lot of sailfish, tuna, mahi and other fish around to catch almost every trip.

Do you have a most memorable catch (or story from a trip/tourney)?
Without a doubt the 600 pound swordfish we recently caught. Primarily in the world of daytime swordfishing, electric reels are very necessary. People who think electric reels are “cheating“ are not familiar with the sport. A few months ago a buddy of mine suggested to me the idea of hand cranking with a manual reel. It is way cheaper and more sporty. Because I didn’t have thousands of dollars to afford another electric reel, I said let’s do it.

In the fishing community, (especially the swordfish community) everyone is after that one fish, “the nickel“ (500 plus pound swordfish). The day we bought the reel we both knew that one day we would catch a monster and be one of the only people to catch a nickel in the world on a hand crank. Well that day came true for us this day. On our way out, another boat called us over the radio asking us if we could help them boat a “500 plus“ pound swordfish they had landed last night that they couldn’t get in the boat. I immediately changed course right to them. We pulled up next to them and there it was, this beast of a fish tied next to the boat. None of us have never seen a fish this big before. After several attempts we got the fish in their boat. If I had to guess i would say the fish was 550 plus pounds. We parted ways with good karma on our side for the morning. Our good karma worked out well for us later that day.

We hooked our fish at 1pm. After about an hour the fish came to the surface and jumped.  We all knew it was a large fish, our guess was around 300 pounds, but after we reached the 5 hour mark we knew we were wrong. After 7.5 hours, now pitch black, we finally broke the fishes will and had her tied to the boat. The fish dragged us over 20 miles in the course of the fight. This was the fish we had been after our whole lives and to make it even better, it was caught on the Talica 50 hand crank reel. After about a half hour, me and my 2 other buddies came to the realization that we were NOT going to get the fish in the boat. We managed to get the head on the transom but that was it.  With an approaching cold front and an over 30 mile run home, we began to tie ropes to the fish wherever we could. We started our journey towards Jupiter inlet at 7 kts.

At about 1 am we made it in safely. With such relief that we made it in, and before the front came through, I went to play a victory song that we had been waiting to play for a very long time (Bust A Nickel by Rj Boyle).  Seconds later the air temperature dropped about 15 degrees, and the wind began to blow out of the north at 25 plus kts. We couldn’t believe the timing! Someone was watching down on us! We then had friends and family members meet us at the boat ramp to fully bring the fish in the boat, it took 7 people. The next morning, we went to a marina and had to use a forklift to get the fish off the boat and weigh it. The fish maxed out a 600-pound scale. Needless to say, we dreamt our whole lives about busting a nickel, (500 plus pound swordfish) and not only did it come true, but the fish was 600 pounds!  I don’t ever need to catch one that big in my little boat again! We, and a bunch of other people, ate good for a very long time. Me and my buddies can now take it back a notch and not have to look at the weather forecast every 10 min to see if we will be able to go sword fishing. We got the one we have been after for a long time. A little good karma goes a long way!

Advice for less experienced anglers?
1: don’t get into sword fishing, it will cause you to go broke and turn you insane, 2: your not going to be successful unless you constantly go and put your time in on the ocean. The more time you put in, the more fish you will catch and the more successful you will be. Be open to learning new things and trying new things.

Do you have any other notable resources you use (apps, devices, etc)?
Garmin, and Garmin active captain.

Who first introduced you to fishing/boating?
My dad.

What are the features you like most about your boat?
High gunnels, VERY sea worthy for a 24 foot boat, with great fishability.

What features/improvements have you added or do you plan to add?
A new style leaning post, external above deck 50 gallon live well, updated Garmin electronics, auto pilot.

Do you use the boat for anything other than fishing?
Not really, family cruises to the sandbar on the occasion.

What boats have you previously owned?
Chris Craft, Pursuit.

What is the biggest challenge you have in servicing your boat?
We had the transom crack a few years ago due to poor manufacturing and had to find the right person to completely separate the whole gunnel cap and deck of the boat from the sides and hull in order to fix the issue.

Do you have any advice for those looking to buy a Hydra-Sports like yours?
Give the boat a very good inspection, Hydra-sports cut a lot of corners and did a lot of rather “cheap” things in manufacturing the boat to get it out of the factory. You might need to add stainless through-hull fittings (Hydra-Sports used all plastic ones) and just inspect everything and make sure its up to the proper standards.

What’s the story behind the boat’s name?
We tend to overkill pretty much everything, whether its safety, having fishing gear on the boat, or just having spares of everything. As an example, there are 2 spare lower units in our garage and an 18 foot outrigger as well, (just in case). We also go out in some nasty seas and fish against some of the biggest named boats in the fishing community and are just as successful.  Seeing a tiny little 24 foot boat come in with a rigger full of sailfish flags, or a 600 pound swordfish hanging off the back of the transom and gets everyone saying “DANG that’s those kids on that little overkill boat.”

Check It Out
Click the gallery below for more photos and information about Overkill! 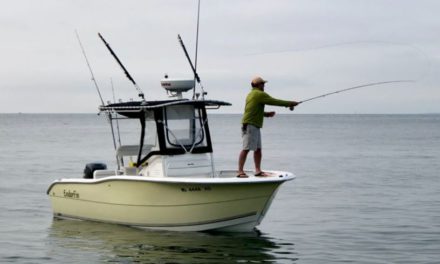 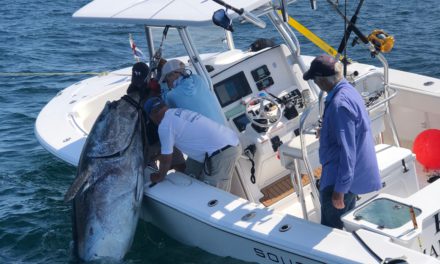